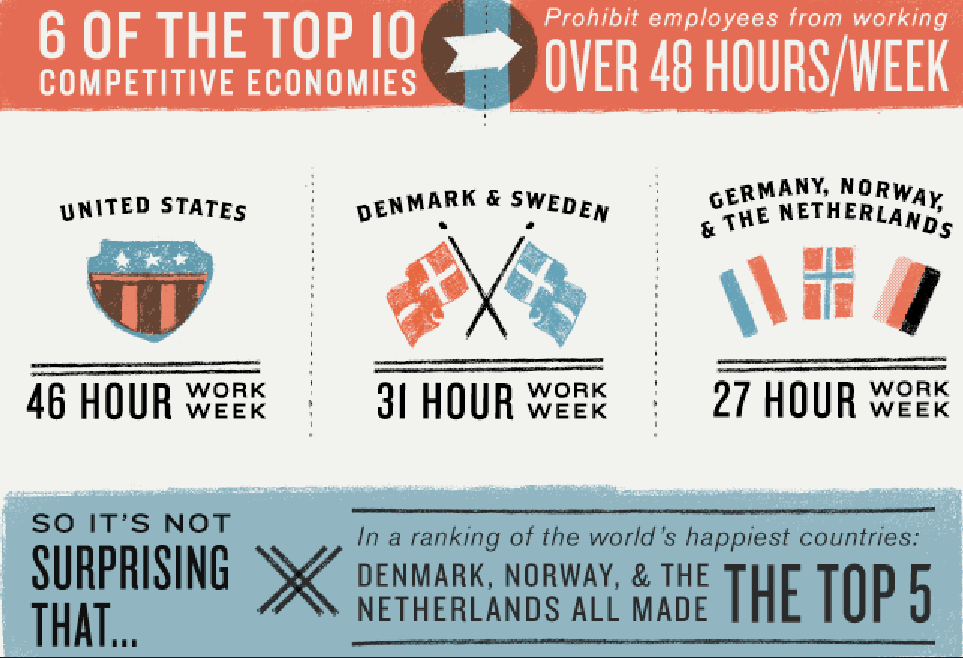 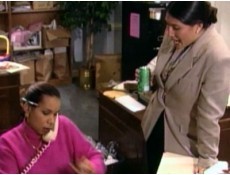 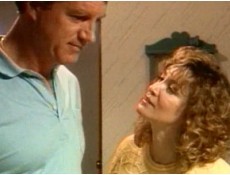 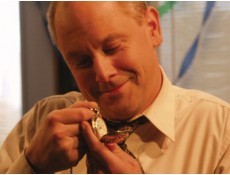 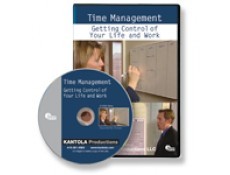 Overworked Americans are stressed from putting in too many hours on the job. With seventy-five percent working over forty hours during the week even though over half dislike or are dissatisfied with their job, one in three work fifty or more hours per week. The consequences of spending too many hours on the job are; a substantial number of employees who call in sick to work every day, one million of them and companies pay over two-hundred billion dollars annually in lost productivity because of worker stress. If employee compensation training can help overworked employees, bringing back a forty hour work week may help productivity.

The infographic compares and contrasts the facts about the changes in the number of hours employees work.

• Over fifty years ago eight out of ten American families had only one working parent while today the opposite is the norm, seven out of 10 families have both parents working.
• More work but less pay when inflation is looked at over the last forty years. Average incomes for less weekly hours worked was higher while today an average of ten hours longer in the working week earns about eight-thousand dollars less annually.
• Globally, the American workforce puts in the highest number of hours at work. Countries like Denmark and Sweden work about fifteen hours less per week than Americans and are considered some of the “happiest”

The impact of overworked people not only causes stress and costs money, but it also leads to a sedentary work life where obesity can become a factor along with productivity. Once the threshold of an eight hour workday is reached, worker productivity declines by half so workers putting in sixty hours of work a week are only giving companies an extra quarter output in productivity. Many companies use labor law posters in order to move their employees mindset to a forty hour work week. They also use hr training to help management with overworked employees.

Share this infographic on your favorite social media outlet!
Or, embed this on your site! (Just copy and paste the code, we do ask that you include a short intro that links to us)
Related Category: HR Training
Source: Online MBA