Democrats and Republicans could not be more different in their fundamental views of government spending and regulation but are these views reflected in their administration of OSHA?

Increasing maximum OSHA fines requires action from Congress which has been repeatedly blocked under the current Republican congress. However, that hasn’t stopped OSHA from finding other ways to increase fines under the leadership of Obama-appointed David Michaels, such as increasing minimum mandatory fines and increasing the window whereby an employer can be clasisfied as a ‘repeat offender.’  These changes have resulted in record years for OSHA fines, as evident in the charts below. 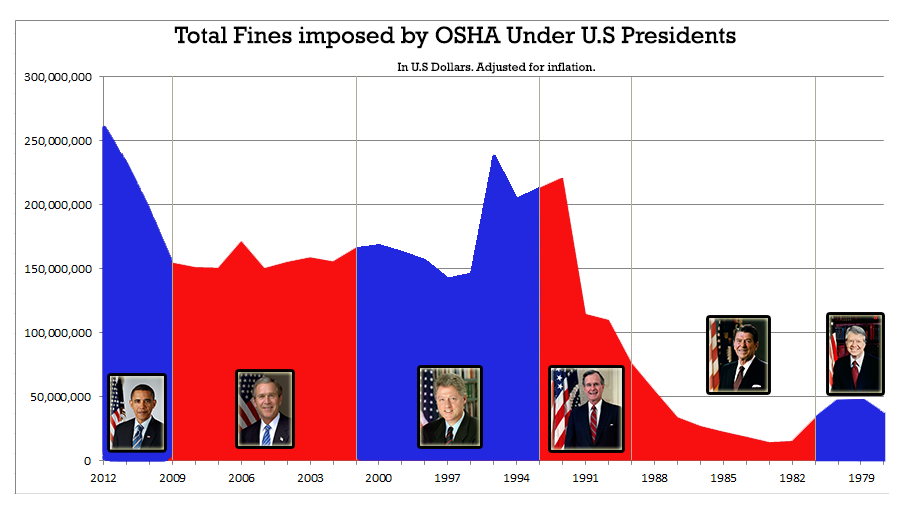 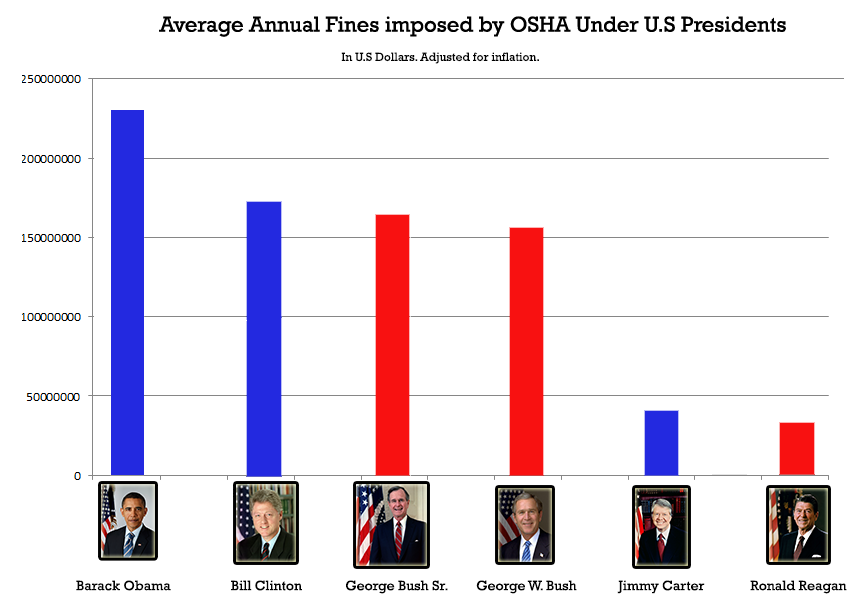 OSHA fines, often called a ‘hidden tax’ by critics, first exploded under George Bush Sr. They remained relatively stagnant under Clinton and George W., but have once again spiked under Obama due to the new set of guidelines that OSHA has established.

New OSHA regulations have come to a screeching hault at the beginning of the George W. Bush administration.  This is due to a variety of reasons, not the least of which is the ever increasing influence of business in politics.

Obama has created new regulations more than twice as quickly as George W., although it is incredibly slow when compared to the first 30 years of OSHA’s existence. Regulations were issued at the rate of 2.3/yr under the Republican Regan administration. 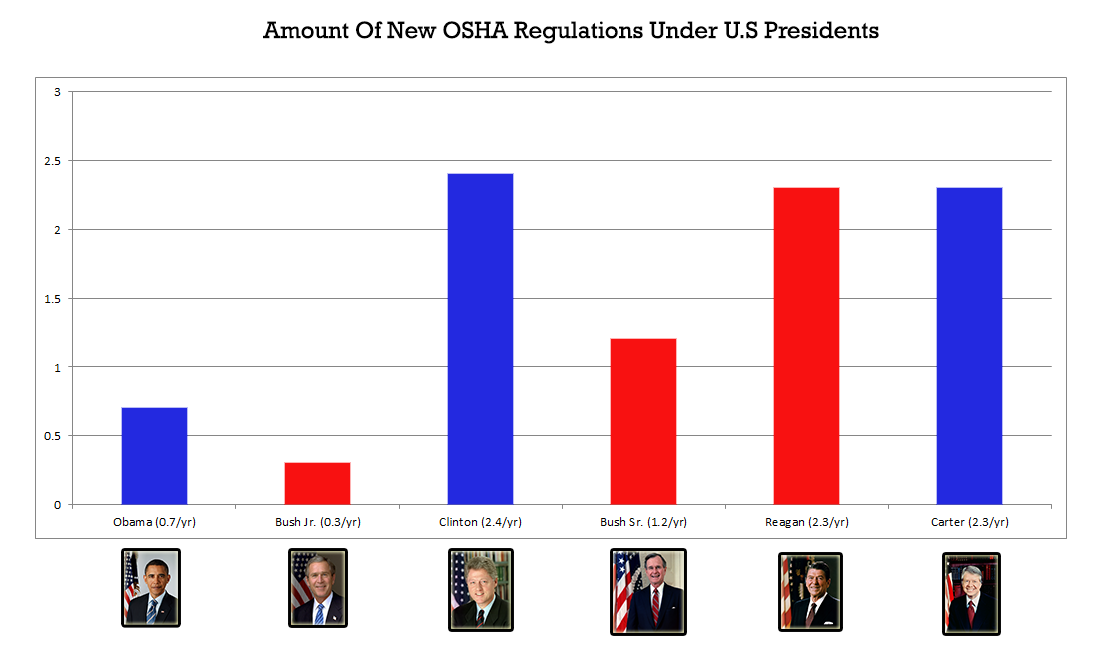 President Obama is often framed as a big spender, but does this narrative hold true for OSHA? It does indeed, with OSHA spending hitting record levels immediately after Obamas inauguration.  OSHA is bigger than ever before, both in terms of funding and in terms of revenue generated from fining businesses. This is great news for working class citizens but not quite as exciting for business owners. 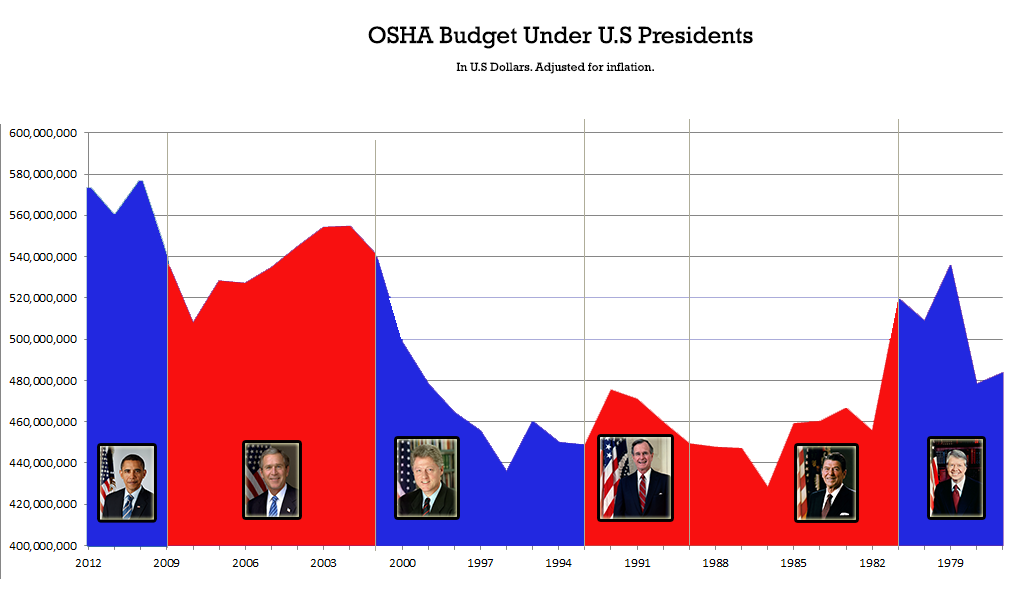 You may be surprised to learn that, over the past 25 years, with respect to budget and fines, OSHA has been about the same size under both Republicans and Democrats. While fines and budget were at all-time lows under Reagan, George Bush Sr.’s massive increase in OSHA penalties and George W. Bushes high annual OSHA budget helped to close the gap. Over Reagens 8 year term, OSHA issued an average of 32 million dollars in fines per year. Under George Bush Sr., OSHA issued an average of 164 million dollars per year, a staggering 5x increase. George Bush Jr. had also embraced Bill Clinton’s spending increases, pushing it to record high levels in 2001.

You may reuse any of the above charts on your website as long as you provide a link back to atlantictraining.com as the source.