Employee Waited A Month To Report Injury: Did He Get Worker’s Comp?

A construction worker says he tripped, fell and hurt his back. However, he waited a month to get any treatment for the alleged injury. How did his workers’ comp claim turn out?

William Rogers, 48, worked for Russell Construction Co. Inc. in Wyoming. On Nov. 19, 2013, Rogers, his supervisor and another worker were pouring concrete at a work site.

The chute of the concrete mixer truck momentarily caught on a piece of wire attached to some rebar and then popped up with some force.

Rogers says when the chute sprang up, it came close to his head, startled him and caused him to step back. He says when that happened, he tripped and fell backward against a piece of old concrete.

His supervisor and co-worker testified Rogers was farther away from the chute than he said he was when it sprang up. Both said they didn’t see Rogers fall and he didn’t mention he’d fallen. Rogers continued to work that day and for a month afterward.

On Dec. 18, 2013, he felt unusually stiff and sore after work, so he went to a hospital emergency room.

X-rays were taken. Rogers was diagnosed as suffering from muscle strain in his lower back, given some medication and sent home with workers’ comp forms.

Rogers says he filled out the paperwork and took it to Russell’s office the next day. Two days later he drove to Oklahoma for the holidays.

He saw medical professionals while he was in Oklahoma. A nurse practitioner notified the Wyoming Workers’ Compensation Division that Rogers would have to severely limit his activity and he was temporarily disabled.

On Feb. 21, 2014, the Division determined Rogers had suffered a compensable injury. Russell objected to the finding.

The Wyoming Office of Administrative Hearing heard Rogers’ case. Rogers, his supervisor and the co-worker who was on-site with him the day of his alleged fall were the only ones to testify. There was no deposition testimony from any medical professionals, but some medical records were admitted as evidence.

Russell argued Rogers hadn’t shown he suffered a compensable injury and instead his back problems were the result of a pre-existing degenerative spinal condition, not uncommon for a long-time construction worker who was 48.

The hearing examiner agreed with the company noting conflicts and deficiencies in testimony and the lack of medical evidence to show how the alleged workplace incident could have caused the injury. Rogers was denied workers’ comp benefits.

He appealed to the Wyoming Supreme Court.

On the one hand, this is a he-said/he-said case where two company witnesses disagree with an account given by the employee making the workers’ comp claim.

But an even bigger part of this case is that Rogers never got a medical expert to link his injuries to a work incident.

The best Rogers could produce was the letter from the nurse practitioner in Oklahoma who wrote:

Proof of a link between workplace incident and an injury usually requires expert medical testimony that the event more probably than not affected the body.

The court found the letter from the nurse practitioner only stated the likelihood that Rogers’ strained muscles could be consistent with a fall. That’s not a sufficient medical opinion, according to the court.

Have you had trouble with a workers’ comp case where an employee waited to report an alleged injury? Let us know in the comments.

This article retrieved from Safetynewsalert.com 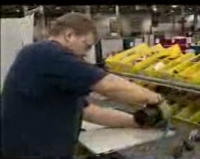 An important part of a supervisor’s responsibility and accident prevention. View Product 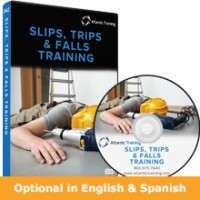 Situations that can lead to slips, trips and falls, and what they can do to avoid or prevent these accidents. View Product