OSHA has fined TimkenSteel Corp. following the death of a worker in March. The employee was found dead in an elevator control room at the company’s Canton, OH, plant. He’d been performing monthly fire extinguisher checks.

An investigation determined that on March 20, 2016, nitrogen leaked into the control room resulting in an oxygen-deficient atmosphere. Oxygen levels were measured at just 4%. Suffocation can occur when oxygen drops below 19%.

Kenny Ray Jr., 32, was pronounced dead at the scene.

Just two days earlier, OSHA had been at the plant, responding to a complaint about safety concerns.

OSHA issued two repeat and four serious violations with fines totaling $113,131 after its two inspections. TimkenSteel was cited for:

The company discontinued the use of nitrogen to power tools and removed all the connections from the ventilation systems.

“We have been working with OSHA and our workforce on additional actions to strengthen our safety program,” said Elaine Russell Reolfi, vice president of organizational advancement with TimkenSteel. “We also hired an independent auditor to do assessments and have taken additional actions as a result. We are engaging employees in safety auditing as well, and we follow up on every concern.”

TimkenSteel had signed an agreement with OSHA in August to improve safety conditions at its plants. The company was facing half a million dollars in OSHA fines. OSHA had inspected TimkenSteel plants 29 times since 2005 and issued 76 violations. The company agreed to pay $350,000 as part of a settlement. These latest fines would be on top of that amount.

This Article Retrieved from Safetynewsalert.com 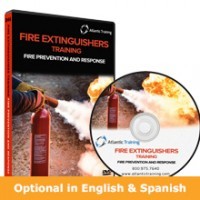 Give your employees accurate and concise annual training on fire extinguisher use. View Product 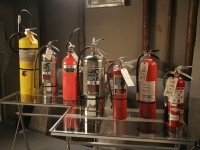