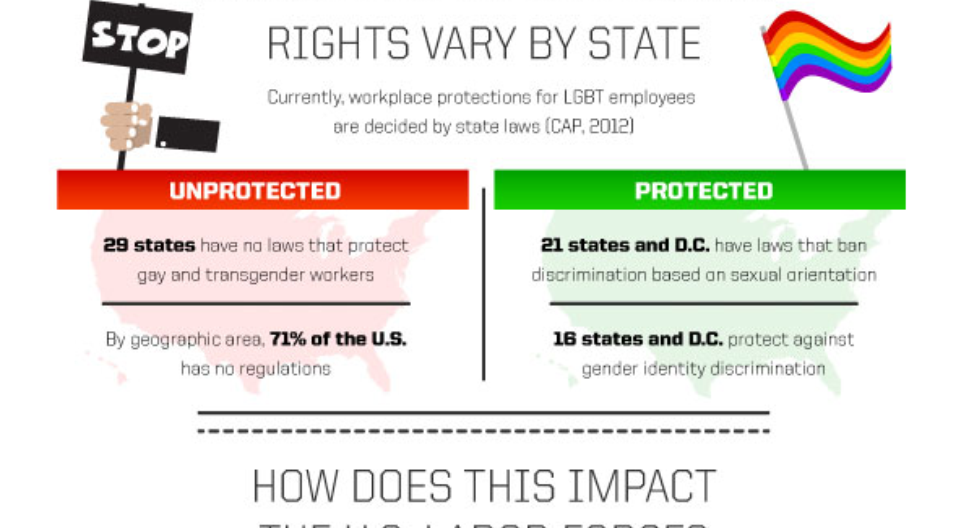 If an employee feels as though they aren’t being treated equally, that can have a huge impact on morale. Not only that, but it’s an indicator that a workplace has a serious ethics problem, where they would rather support a culture of inequality and discrimination than they value their employees. Women, minorities, the LGBTQ community, and other sub cultures present in America still face discrimination in their workplace, despite that efforts have been made to move the average workplace toward equality.

The following infographic breaks down what civil rights are looking like in the 21st century, specifically in regards to the LGBTQ community.

Share this infographic on your favorite social media outlet!
Or, embed this on your site! (Just copy and paste the code, we do ask that you include a short intro that links to us)
Related Category: Discrimination & Diversity Training
Source: Recruiterbox